Start typing and press
Enter to search
Follow
Skip to content
Apparently, the way you dress speaks a lot about the kind of person you are.
She stood there at the platform waiting for her train to arrive. Dressed well, her top well tucked in, skirt well fitted, her hair well done, a dash of eye shadow, elegant make up, a sweet smelling perfume, in a black pair of pumps. She was dressed to go to work on a usual Monday morning. In our mind’s she’s the perfect example of the modern day working woman.
What would you say about a lady this prim and proper at the station at seven in the morning?
On the parallel platform, stood a crowd of ladies, draped in saris, a garland of jasmine flowers in their hair, a dozen of clinking glass bangles around their wrists, bright red lipstick and a coat of scented powder to enhance their faces. Some smiling, some a little lost, was the smile real or just an added accessory?
What would you say about a lady dressed this way standing at the station at seven in the morning? 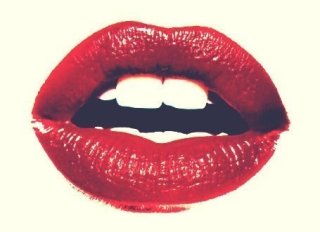 They’re both the modern day working women. However, in one case we perceive it as a respectful job where as in the other it seems uncivil.
One may think it’s a way of life. One may think it’s a means to satisfy oneself. Those thoughts ought to be questioned. Why is it a way of life? What satisfaction are you referring to? Sexual satisfaction? Can’t she feel that with the man she’s in love with? Yes she can. It’s a way of life because she wasn’t lucky enough to get the education you got or the love and protection of a family you received. She was made to believe that lust sold better than a day’s hard work and when in dire need, she chose the former to fend for her family and herself.
It’s easy for us to call someone a prostitute so confidently and demean them to the extent that all they deserve is to be tramped upon. Sadly we don’t introspect into our own lives. Most often we indulge in a means of prostitution ourselves. Selling our minds for money? Selling our morals for power? Selling our values for authority? Just because we don’t sell our bodies, doesn’t mean we lead morally sound lives. Most often, they just sell their bodies and not their morals.
You see a girl walking down the street dressed in skimpy clothes, you very conveniently call her a “slut”. You see a girl holding a boy’s hand in public, you assume they’re physically intimate. You see a woman, walk down the street at 10 in the night alone, you think she’s into some “business”. How difficult is it for society to respect a woman and understand that she can do what she wants to do and it doesn’t necessarily have to be “cheap” – like we call it, in nature. That girl is dressed in something she’s comfortable in, that girl probably just seeks for comfort while holding her friend’s hand, that girl probably got caught up at work and missed her last bus. But yet we choose to judge by what we see than know what’s for real. And they aren’t around to defend so you assume you’ve reached the right conclusion and deem yourself fit to judge another’s character. How about respecting a lady and flipping the coin and wondering, just wondering, “Why would that be?”
You can stand at one of Mumbai’s biggest suburban stations at seven in the morning and you’ll see those ladies lining up there. They’re standing there not waiting for a train to take them to their destination. But they wait for those who’ve created a market that buys and sells sex and for those who provide for their daily bread and that of their families. Yes, it is a market where a woman is the commodity. A bet is placed on her every morning based on the way she presents and markets herself along the aisle of the railway station. Consumers barge in with every second train that arrives at the platform. They make their pick and follow the “use and throw” mentality. And once the commodity serves its purpose, like in every other market, it is paid for.
For the common man, it’s a filthy business but for a lot of people it is theeconomics of their lives. And I’m not referring to those who use it as a means to ruin lives and make money out of it but from that woman’s perspective who needs the money to light the stove back home.
You can’t deny that there are a bunch of women who indulge in selling sex out of choice and a strange passion but that doesn’t give us the right to build a stereotype and judge without knowing.
I have belonged to the lot that has often degraded those who prostitute because it seemed like a choice they made. But dig deeper and you’ll see the mental, emotional and social stigma they face. You will learn that it is a choice but only one to protect the rest in their kin.
Don’t call a girl or a woman a tramp just because she doesn’t fit your idea of a perfect woman.